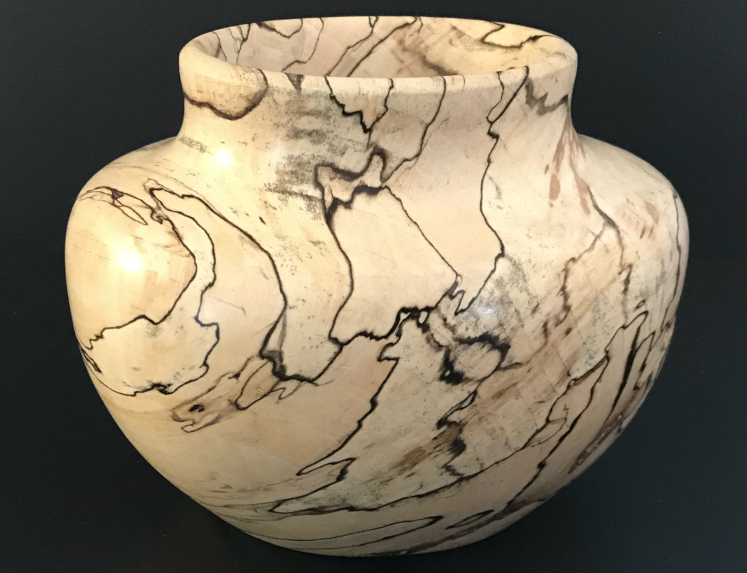 It’s the start of decomposition for the tree and suppertime for the fungi. The lines and colors in spalted wood are the boundaries of areas claimed by a fungus for it’s meal and produced to keep competitors out. And it makes for some beautiful material to turn – if it’s found and harvested in time.

If you want details, the best information I’ve seen about the various types of spalting and the fungi that create it is a series of videos on youtube by Dr. Sara Robinson and artist/turner Mark Lindquist. As far as the turnings go, I tend to leave them a bit thick, then give them some time to rest. Depending on their condition at that point, I sometimes put them back on the lathe, if they haven’t dried too far out of round. The priority for me is keeping good spalt lines and color, hopefully on a shape that best displays it. Sanding can be problematic, and punky, too-far-gone areas a real problem – planning ahead is less effective than paying close attention as material is removed.

I love the stuff. If I had a “turning bucket list”, some hard (sugar) maple that has been inoculated by Elf’s Cap – a fungus that floods areas with colors from teal to blue – is on it. In the meantime, this batch has some yellow and light peach, thick and thin zone lines, and here and there some blue-gray stippling. Enjoy.